We are foolish to perpetuate the myth that the male gaze can be averted with the way that we dress. The male gaze is taught to all genders alike. It’s an oppressive system of looking and objectifying, of possessing and othering, of usurping the right to speak, intellectualize, and decide on her behalf. A woman can live inside a house with blackened windows, or be nude at the beach – she is still seen by, owned by, controlled and affected by, framed by the male gaze.

No woman is free. Every woman has to decide how to exercise her agency and navigate in a world where every focus is on her exterior, everyone wants to pimp her body for one moral or profitable goal or another. Everyone wants and has a piece of this. Men and women have tried to make me dress like a black duffle bag, to take off my headscarf, to flaunt my legs, to ‘hide’ my ‘tempting’ beauty. They’ve tried to make me look away and control my eyesight, to dampen my footsteps, to harness my hips and breasts or reveal them just a little bit more, enough to be ‘feminine’. Everyone is confused and determined in their understanding of how to ‘protect’ and ‘prevent’ my sexuality from causing definite doom.

How I exercise, deal with, embrace, struggle with my sexuality, my being a woman, my having a body that is constantly at risk of sexual oppression and violation, is a challenge, and I will fight this battle along with women, along with all genders who are oppressed by these violent ideas turn actions turn policies, and I will fight primarily with my mind, because my body is none of your business. But I will also exist, physically in spaces the way that I want to exist, because that alone is an argument, a fight, a rebellion.

We will redeem the right to frame our stories and selves in the light we choose. One day, there will be no dominant oppressive narrative. One day, we will be free. In the meanwhile, ‘to exist is to resist’, and I will tell my stories, perverted though they are because I can’t escape the system.

Things that are not okay:

How we can progress:

This is nowhere near a complete list of suggestions of things that are not okay or how we can progress. If you have any ideas, please share your thoughts.

Absolute Must See: The Sexy Lie: Caroline Heldman at TEDxYouth

PSA in Egypt: 65 Seconds to put you in her shoes

Oppressed Majority: A French Film Showing Men What Being A Woman Feels Like

Previously on Neederish: On the Unruly (Muslim) Woman

In depth profile: The rapist next door. Alaska’s rape rate is three times the national average.

Indoctrinate others with this:

6 thoughts on “Recognizing and Challenging the Male Gaze” 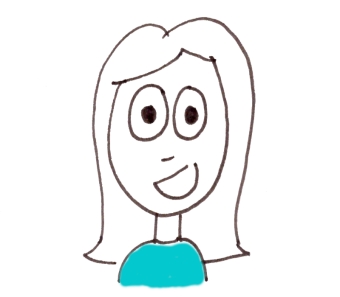 I’m a writer, producer, director and performer from California, based in NYC. I co-founded Stranger Magic Productions, where I make TV shows! Read more→